After the hustle and bustle of February (more like getting Ruby Habits off the ground) was slowly dying down, we finally took our first step and set up a date for us to sit down and talk about our plans for this year’s Rails Girls Summer of Code.

I came to the meeting very excited to tell Shelly that I had just seen that Lotus had gotten accepted as a project for RGSoC. I had seen Luca Guidi give a talk on Lotus at a previous Vienna.rb meeting, and I remember thinking at the time,

“Wow! That’s really cool! I really want to be good enough some day to be able to do something like that, build my own framework.”

Of course, at the time, I dismissed the thought and left Lotus as a mere note in my book, but now with Rails Girls Summer of Code, that actually had a chance of happening! To make things even better, Luca was attending the next Vienna.rb meeting, giving us the perfect opportunity to meet him personally and ask him what exactly he would expect us to work on if we were to take on the Lotus project.

Our first decision as a team was that it would be a really good idea to start a blog, even before applying, so we could record decisions we had made together, things we had learned and already start chronicling our journey into the world of tech. We kind of panicked on the name picking, and figured that we should pick something quick, because we’d be changing our name later and if we didn’t, we’d both go home, obsess about it and never start the blog.

We went with Team Neko as our meting was taking place at Café Neko, the local cat coffeehouse. 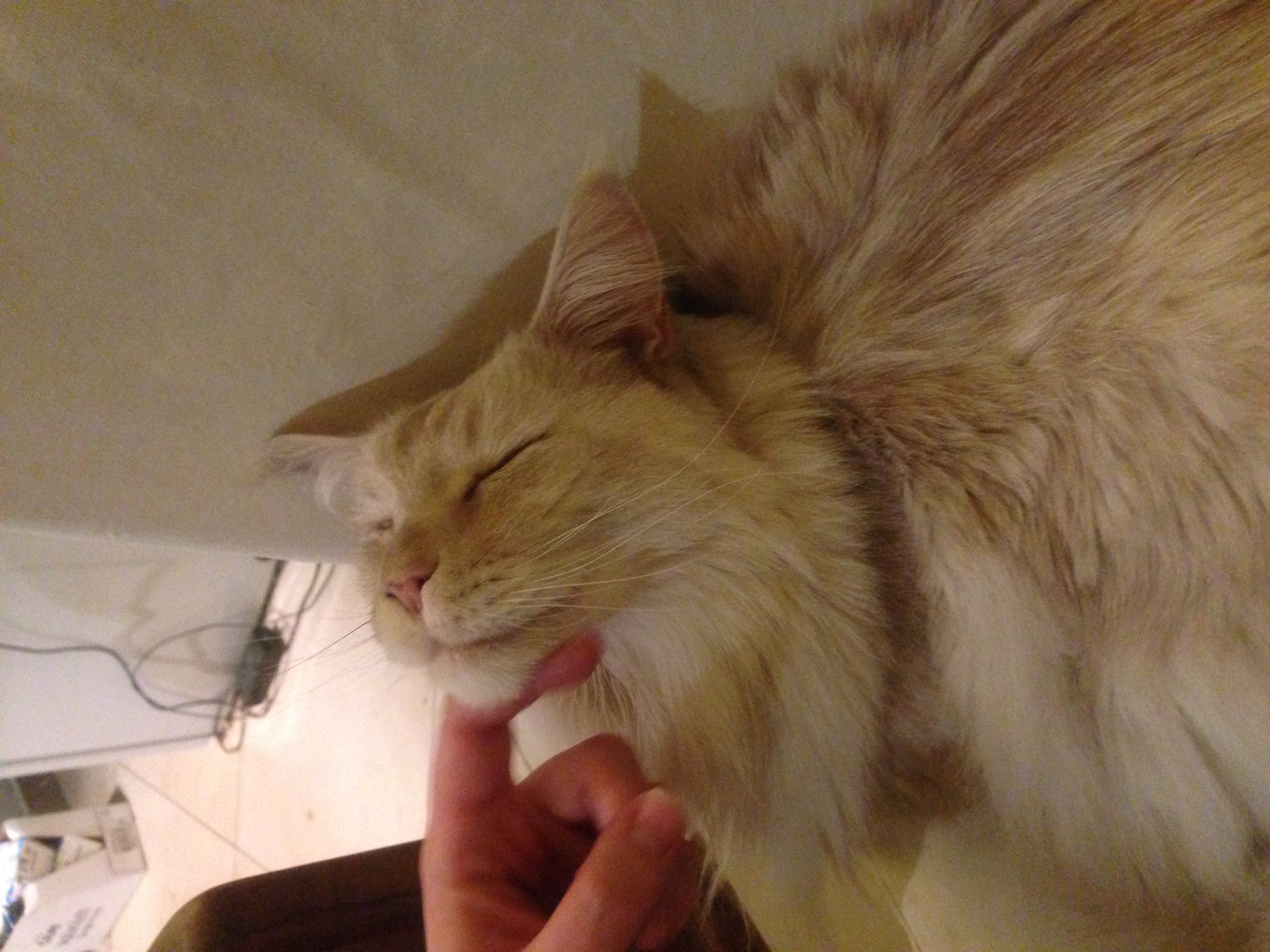 After hours of stealing glances at the adorable inhabitants of the cat café, we were finally able to tame Luca, a majestic maine coon who secretly loves chin scratches.

All in all, we had a very successful evening. Together we looked at the projects, talked about which ones we liked and which ones we felt capable of doing. We also had a look at last year’s team’s blogs to get some inspiration (and it worked! We started this blog, didn’t we?) Best of all, we got to know a lot about each other. In a lot of aspects we compliment each other and in others we’re so similar that it’s uncanny. I have a feeling we’re gonna make a great team!